The Gandhi Photos Collection contains 27 photographic images of and related to Mohandas Gandhi. They were created by and for the Press Information Bureau (PIB) of the Government of India, capturing moments in his life from 1886-1948. The images are of Gandhi with other historic figures, such as Lord Mountbatten, Sarojini Naidu (a poet and Indian Parliamentarian), Jawaharlal Nehru, Sundar Vallabhai Patel, Raj Kumari Amrit Kaur, and Lord Cripps (architect for the partition of India). There are also family pictures that include his brother, sister, and wife. The locations of the images are diverse, including Gandhi's birthplace in Porbander, South Africa, Rajkot, Simla, Srinagar, Delhi, in the ashram at Sevagram, and at the scene of his cremation in Allahabad in 1948. This collection also includes a facsimile of a letter addressed to Leo Tolstoy dated 1910.

All but one photo in this collection had a note attached describing the photo. The transcription of each photo's note can be found on the photo's web-page, under "Description." 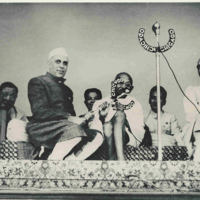 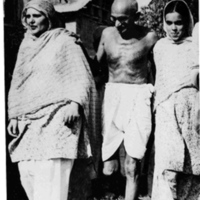 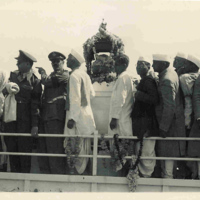 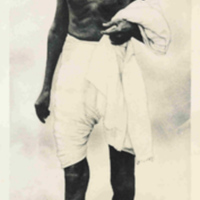 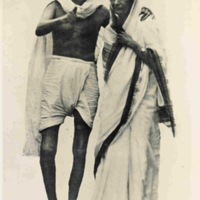 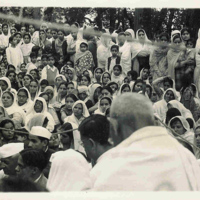 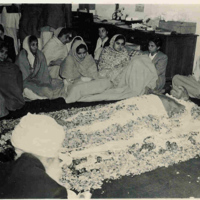 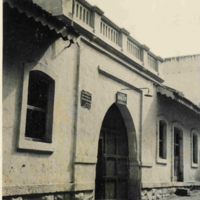 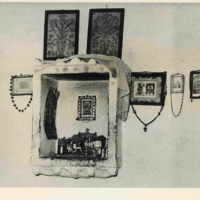 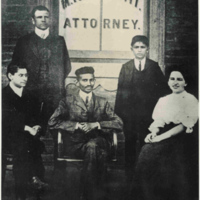 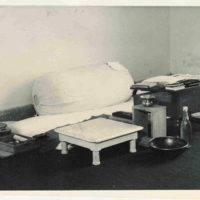 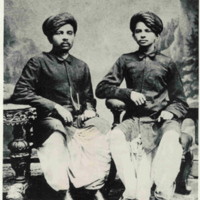 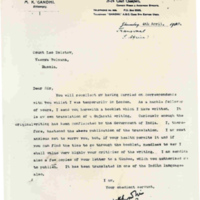 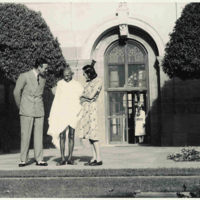 Lord and Lady Mountbatten with Gandhi 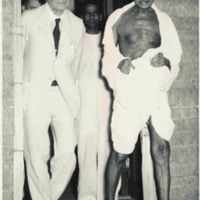 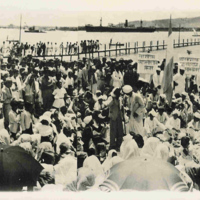 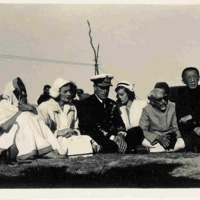 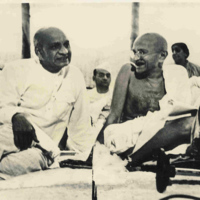